Congratulations to Mgr John McDonald who recently celebrated the Golden Jubilee of his priestly ordination.

A gathering for his family, parishioners and colleagues in DFTC was held on Friday 03 July in the Church of St Brigid, Curragh Camp as Mgr John marked fifty years since his ordination. 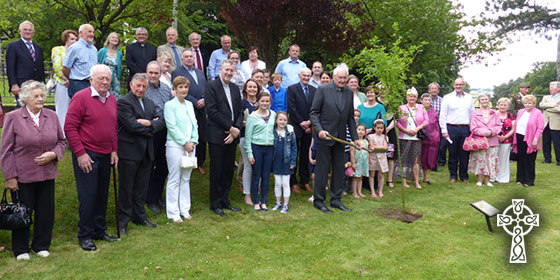 A tree was planted in the garden near the Marian Shrine to mark the occasion after which the participants joined Most Rev Denis Nulty for Mass in St Brigid’s Church.

During his homily, Bishop Denis referred to a photograph which he had seen in a Jesuit magazine recently.

It depicted an Army Chaplain wearing his Confessional Stole standing in the centre of a platoon with the caption: “Drill sergeants strengthen their minds; Chaplains strengthen their souls!”
That is the calling of someone priveleged to work in a Defence Forces setting that uniquely also serves as a parish. 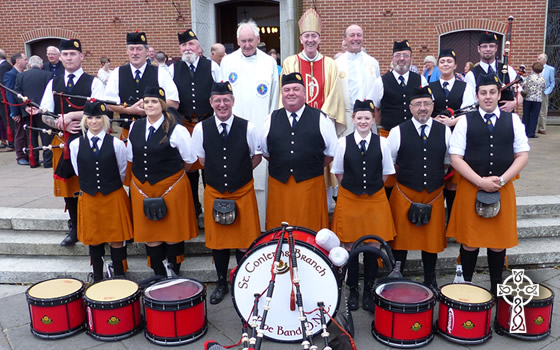 Bishop Nulty referred to Mgr John’s origins in a veterinary background in Tullow parish. His appointments after Ordination included Coventry, Kilcock, St Patrick’s College Carlow and then thirteen years Edenderry before his appointment to The Curragh and the Defence Forces Training Centre. 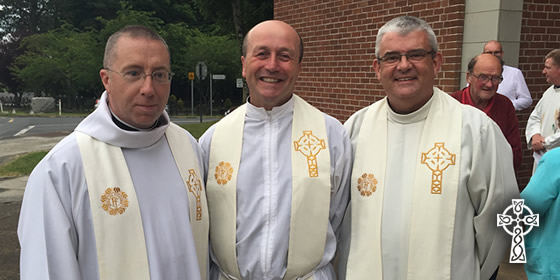 The unique nature of the Defence Forces Training Centre was evoked by Bishop Nulty:

Young people who come here to the Defence Forces Training Centre realise that they are in a national and international asset – developing and honing the best of skills for those who will serve the country on land, in the air and at sea.

The value of drill exercises and the class work and practical application in training exercises helps military personnel to realise that there is no other way but the right way – something which stands hugely to a peacekeeper on overseas duties.

No other part of the diocese of Kildare and Leighlin has such a valuable effect on the world – from personnel serving with the Naval Service in Mediterranean to those in Fr PJ Somers’s care on the Golan Heights; from training Cadets in the Glen of Imaal to training platoon commanders on the EU mission in Mali; from the corridors of UN HQ in New York to the plantations of Liberia or the jungles of East Timor. 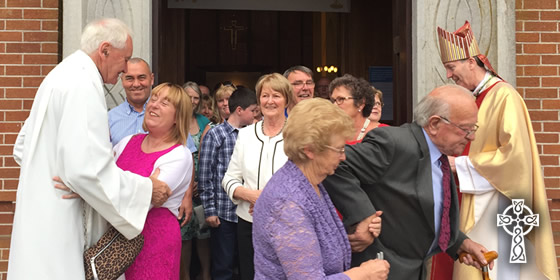 After the Mass, a reception was held in Ceannt Mess where Fr John was joined by family and friends for an enjoyable evening meal, speeches and a presentation. 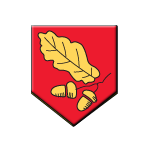