Limerick-born Fr Séamus Madigan has been appointed Head Chaplain to the Forces. It follows nine years as chaplain at Sarsfield Barracks in Limerick.

In that time he has served on overseas missions in Kosovo, Chad and the Lebanon as well as providing pastoral care and spiritual support to Defence Forces members in Limerick. 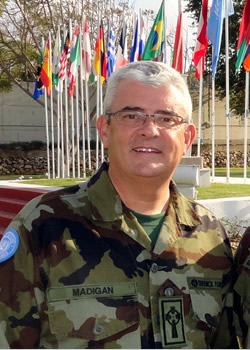 Fr Madigan said it is was “a great honour” to be appointed to the new rôle, where he will head up a team of 14 chaplains.

“It is a big move, but it is a great opportunity too,” said Fr Séamus, who will be based at Defence Forces Headquarters in McKee Barracks in Dublin.

“I will be quite involved with the 1916 centenary celebrations and it will be a wonderful honour to be in the centre of that,” he added.

Fr Séamus’ mother Kathleen and six of his seven siblings still live in the Croagh area.

He was ordained in Croagh in 1991 for the Society of St Francis de Sales (Salesians), and was incardinated in the diocese of Limerick in 2003 when he was appointed chaplain in Castletroy Community College, a post he held until taking up the chaplaincy at Sarsfield Barracks, where he served for nine years.

He also served as Diocesan Communications Officer for a period until 2007, and presented a show on Live 95FM and 102FM local radio.

Congratulating Fr Madigan on his appointment, the Bishop of Limerick, Dr Brendan Leahy said, “Séamus has been a very popular chaplain in Sarsfield Barracks both in his duties here and during his service abroad with the peacekeeping operations.

“He will now take his strong and caring pastoral role and spiritual support to the national post and we wish him well in this. We will miss him, but at least we know he will also have contact with Limerick in his new role, and look forward to meeting him through that.” 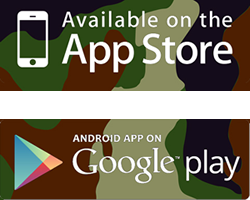 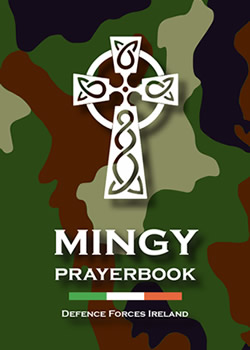 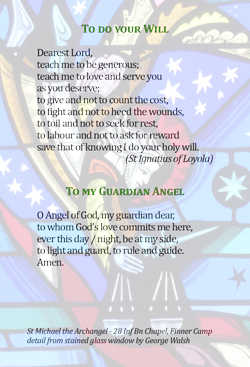 The Mingy Prayerbook is now available for collection from all Defence Forces chaplains.